Began brewing in October 2019. It was formed by Mark Dearman who, in association with business partner Zina French, bought the premises of the former Windmill Brewery in Standish. It’s located at Standish Hall Farm at the bottom of a farm track tucked away behind St Marie’s church on School Lane in Standish.

The 10-barrel brewing kit, installed by Windmill, was manufactured in Fort William by Oban Ales and had to be transported the 302 miles South by low-loader. Water for brewing is cold-filtered through the shale and sandstone at Rivington. The brewery also houses a brewery tap which can be opened to the public.

Mark runs the brewery in collaboration with his wife, Helena. They chose the name Twisted Wheel for two reasons:
– Wigan is famous for its association with Northern Soul and in the 60’s there was a club in Manchester called The Twisted Wheel which was celebrated for its all-nighters and the eclectic mix of fashion, music, and dance that later became known as Northern Soul
– the farm track to the brewery is heavily rutted thereby challenging the hardiest of vehicles and their wheels!

Using state of the art 10-barrel equipment, their first beers were brewed in October 2019 and the head brewer is hoping to capture the excitement, colour and vibrancy of the Northern Soul era with their range of ales – the names of which tip a nod to the Northern Soul movement. 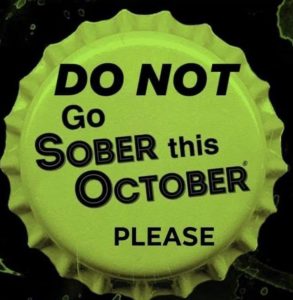