Getting to Wigan is easy. There are excellent transport connections via bus, road and rail. Both the bus station and the town’s two railway stations are conveniently located in the town centre.

ROAD
Virtually all of the Wigan CAMRA branch area is bounded by motorways giving fast road connections from all parts of the region and country via the M6, M58, M62 or M61 motorways.

As such, you can drive here quite quickly from anywhere in North-West England – both Liverpool and Manchester can be reached in just 30 to 40 minutes drive whilst the Lake District is little more than one hour away.

Wigan Wallgate has direct connections to the metropolis’ of Manchester and Liverpool, the seaside resort of Southport as well as urban towns such as Bolton, Oldham and Rochdale.

Wigan North Western is situation on the West Coast mainline with fast connections to London, Glasgow, Edinburgh, the Midlands and South-West England. There are also services to Manchester and Liverpool as well as a direct connection to Manchester Airport. 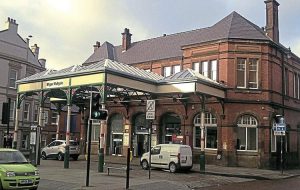 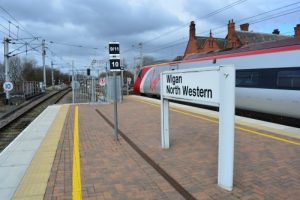